When was the last time you did something out of your comfort zone? What motivated you to do so?

For me, it was when I had just recently moved to a new town, but decided to get involved in a local election. The campaign was exciting to me, because the candidate represented my Unitarian Universalist values. Determined to make a difference, I did something I had never done before: I participated in a “lit drop.” Lit dropping is basically placing campaign literature on the doors of people whom a campaign thinks could be persuaded to vote for the candidate. I did the work alone, in the grueling heat of August, in a part of Florida even more humid than Houston. As my pit stains could attest, I was certainly out of my comfort zone.

So why did I do it? Why did I trek those winding cul de sac neighborhoods, speaking to people I don’t know, using up what little free time I had in moderate discomfort, instead of lounging at home, cuddling with my basset hounds and watching old episodes of Murder, She Wrote?

Perhaps it’s because when I was very young, listening to NPR, someone said the phrase “democracy is not a spectator sport.” I thought the aphorism to be delightingfuly clever. I was too young to know that it was an old saying, so in my mind the person being interviewed had simply made it up on the spot. The saying means the same to me now as it did then: democracy only works if we get involved.

It’s why I pounded the pavement during that sweltering August in Florida. The values I believed in were not guaranteed to win, unless I got involved in the competition myself. I did get involved, and, much to my surprise and delight, the local candidate whom I felt best expressed Unitarian Universalist values won.

So, I ask again, when was the last time you did something outside of your comfort zone? Do your Unitarian Universalist values tell you that now is a time to do so again? If so, I have some good news: thanks to the UU the Vote initiative, there are a bunch of ways for you to get involved in keeping lit our chalice of democracy. So, if you haven't gotten involved yet, now is your chance to move outside your comfort zone by writing some postcards to voters. If you’ve already done that, you can push yourself outside your comfort zone by signing up to phone bank or text bank. And if you’ve already done that, why not sign up to block walk?

Democracy is not a spectator sport. So let’s get off the bleachers and move out of our comfort zone.

For more information on how to get involved, please email me at VotingJustice@firstuu.org.

The Chalice Society:
Last Call to Be Included In This Year's Updated Engraving!

The Chalice Society secures the future of the First Unitarian Universalist Church of Houston through legacy gifts. This Sunday marks our last call for donors to commit to a legacy gift and be included in this year's updated engraving of the Chalice Society Appreciation Wall in the sanctuary. Please speak to a staff member or send us an email if you're interested in giving or would like to learn more. 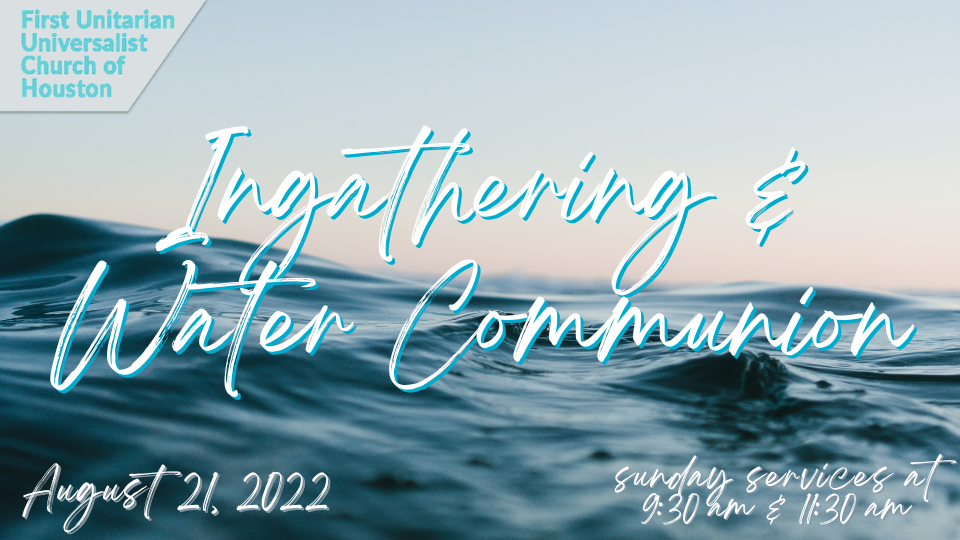 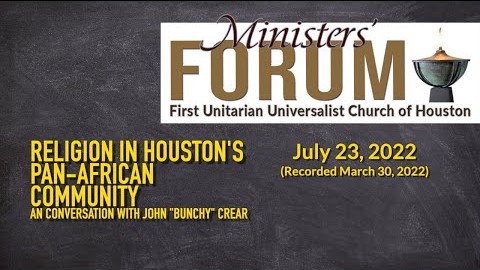