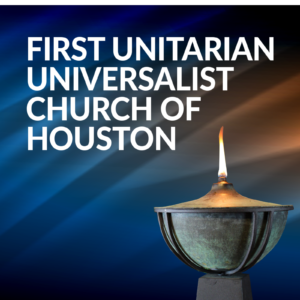 Various holidays across the world herald the coming of Spring, a time of renewal and rebirth. The popular Hindu festival, Holi, also known as the Festival of Spring, was celebrated on March 18. Two days later was the Spring Equinox, a logical marker for such a celebration, and Ostara marks the vernal equinox in some modern Pagan traditions.
Eggs are an ancient symbol of new life and rebirth and decorating them has become closely associated with Easter. Lilies are a symbol of resurrection in Western Christianity. This upcoming Sunday we will be commemorating Easter with Dr. Bossen’s sermon “Troubled by the Truth.”
Don’t forget to bring your canned goods, wagons, and non-perishable grocery items for our annual Easter Parade of Donations to the Emergency Aid Coalition down the street. There will be a parade immediately after each service. Bonnets and bunny ears encouraged!

It’s not too late to watch previous sermons on our YouTube channel. You can either catch them there or listen to them as a podcast on Spotify.
There you can find, if you didn’t see it live, Dr. Bossen’s sermon that kicked off the Stewardship Drive, “Building the Legacy of Tomorrow.” We are excited about the response we’ve had so far to the drive and look forward to more of you thoughtfully completing and turning in your pledge cards.

Dr. Rocke and the Sanctuary Choir will also be on the chancel Sunday. We have been privileged to hear some outstanding music from Dr. Rocke, Chelsea de Souza, and several guest artists in the past weeks. You will not want to miss the concert presented by our Music Program and several guest artists on Saturday, April 30, at 5:30 p.m. “I Am In Need of Music” is a special event and fundraiser celebrating the history of music at First Church.

There are three exciting events happening soon – be sure they’re on your calendar!
The next event in the series “Religion in Houston’s Pan-African Community” will be “A Conversation with Baba Ifalade,” on April 19 at 6:00 pm. He is a Shango-initiated Ifa priest, practitioner of New Orleans Voodoo and Palo Mayombe, a musician, master gardener, and storyteller.
The first Conversation with John “Bunchy” Crear was well attended and extremely well received. You won’t want to miss this one.
The next two events are in support of the trans community. The “Trans Youth, Religion, and Health” Panel Discussion is intended to disseminate accurate information about the spirituality and health of transgender youth in Texas, and the legal issues they and their families face. The event is Saturday, April 23 at 2:00 pm at First Church. The second event is the Interfaith Trans Power Vigil and will be April 24 at 3:00 pm at Emerson UU Church. Both events will be livestreamed.

While you have your calendar out, and are adding events, the TMO Accountability Session is scheduled for May 15th at St. James Episcopal Church. First Church has partnered with The Metropolitan Organization to assemble candidates prior to each runoff and general election to get their responses to questions of interest and concern to constituents. Previous sessions have attracted more than 200 attendees.
In order to know what to ask the candidates, we need you to identify the most immediate issues affecting us now. What keeps you up at night? We will be soliciting your responses in the coming weeks.

It’s so good to see more and more of you in person on Sundays. Please take care of yourselves and others, be mindful of your health, and be blessed.