Welcome to spring!  We’ve got all kinds of springing going on….spring cleaning, springing forward, springform cake pans for cheesecake to go with the strawberries at the farmer’s market….

At FUUCH, spring is also when we start planning for the next fiscal year, which is why the Board held a planning retreat in February. As I mentioned in last month’s newsletter, one of the changes included in our Principles of Governance is moving from creating a budget before planning programs for the next year to first holding a planning retreat in February, then developing a plan for ministry, and then using that plan to drive the budget.

The congregation has a critical role to play in this process: complete and return pledge cards by the end of April. We can successfully plan a budget for the next year only if we know what income we can count on; and the only way we know that is for members and friends to return pledge cards promptly.

Believe it or not, prompt return of pledge cards also saves money! How does that work? When pledge cards are returned promptly, staff does not have to follow up on those that are outstanding, which means FUUCH is not paying for unnecessary hours spent on otherwise unnecessary tasks. Also, when we have complete and accurate information about expected income in advance of creating the budget, staff does not have to spend time rewriting the budget when new information comes in.

The bottom line: You can help make FUUCH successful by simply returning your pledge card by April 30! How easy is that?

Board News
PACE (Property Assessed Clean Energy) and Greening Task Force
The remarkably committed members of the PACE and Greening Task Force submitted the report on their year of work to the Board on March 23rd. The results of a feasibility study, energy audit, and numerous hours of investigation into funding sources and programs, among other inquiries, “clearly establish the potential for First UU to become virtually free from the use of fossil fuels through a combination of improvements” to the building. What great news! The Board authorized the Senior Minister to take the necessary steps to apply to the Texas PACE Authority for approval to implement these improvements through loan procurement.

It is difficult to overstate the amount of time, energy, expertise, and effort that this work required. A huge, Texas-sized and heartfelt thank you goes out to Task Force members Don Poole, Becky Smith, Nancy Edwards, and Ron Cookston, and to Alex Keimig for providing logistical and staff support.

In conjunction with the PACE and Greening Task Force, and the Facilities and Stewardship Teams, Laura Michaelides has been working on plans for implementing the recommended energy-saving measures along with other modifications that would increase and improve the functional use of the building to meet our current and future needs. She presented a version of these plans, which is, as she describes it, “a living document” rather than a proposal.

After hearing about various parts of the PACE planning, along with the needs for improving RE and staff working spaces, having a visual representation of what all those words meant was both helpful and exciting. Once the Board, staff, and related teams have reviewed, asked questions, and made suggestions, Laura will make adjustments to the plans and then repeat the process with the congregation. It’s a time-consuming process, but it’s also the best way to make sure that the final version is something everyone has had a chance to consider and participate in creating.

Other Planning News
At the March meeting, the Board, Reverend Bossen, and Tawanna Grice scheduled several of the coming year’s events taking into account staff’s needs, expected congregational time commitment needed, holidays, etc. Based on those considerations, we made some timeline adjustments for the Governance, Mission/Vision/Covenant, and Transformation Committees. Read on for more.

Developmental Ministry Updates
Governance, Ministry and Administration
For the last 18 months, the Governance Committee and the Board have been discussing and revising the new Principles of Governance and have been sharing that process with the congregation. The committee is also tasked with the less glamorous, but equally important process of rewriting our foundational documents. While a congregational vote is not needed to adopt a new governance model, it is required for changing the foundational documents. The committee is in the process of drafting the initial changes so that they can be voted on at the congregational meeting in June.

Rather than plan to hold an extraordinarily long congregational meeting and asking members to learn about and vote on those changes all at once, we will be holding a series of meetings/conversations about the changes on April 27 at 7:00 via Zoom, May 15th in person between services, and May 18th at 7:00 pm via Zoom. While this may sound like some major changes are afoot, I assure you they are not. This is very much about technicalities.

The short version is this: FUUCH was originally founded as an organized church, but did not become a corporation until later. The rules an organization creates to govern its operations are written in a constitution, while the rules that govern a corporation are written into by-laws, which are filed with the Secretary of State. When FUUCH became a non-profit corporation, by-laws should have been written to replace the constitution. Instead, they were written as a sort of addendum. This has created more confusion than you might imagine. What the congregation will be voting on is essentially adding the language from the constitution to the by-laws, and then retiring the constitution from use, while preserving it as a historical document of reference.  Watch the newsletter for more information.

Mission/Vision/Covenant
The Committee on Mission, Vision and Covenant (CMVC) will introduce the congregation to its work at the first annual Covenant Sunday on May 15th.  What is a Covenant Sunday? Come find out on May 15th!

While we initially planned for the CMVC to start holding formal meetings with the congregation this spring, we realized that it would be asking a great deal of members to add a series of important meetings on top of the already scheduled stewardship drive and the meetings planned by the Governance Committee in preparation for the annual meeting. The months of July and August are not the best for holding such meetings, as any and everyone who is able does their best to escape the Houston heat for at least some of that time, and those who stay are just trying to stay hydrated enough to function.

Thus, we have asked the CMVC to plan meetings with the congregation beginning in September with the goal of completing their work in January 2023, and celebrating the newly-adopted mission, vision and covenant on Covenant Sunday May 14th, 2023.

Multiculturalism, Anti-Racism, and Inclusion
In light of FUUCH’s plans for the next year, the Transformation Committee has also been asked to rearrange its schedule. Rather than starting their work with the congregation in the spring, they will begin holding meetings/conversations about the 8th Principle with the congregation in February to prepare for a vote on adopting it in May of 2023, in advance of the GA vote in June 2023.

Between now and February, the committee will be working with the Board and staff on ways to be more welcoming, increase diversity in the congregation, and support diversity in staffing.

Growth and Membership Engagement
Twenty-six members joined Reverend Colin and Carol Burrus at the UBarU family retreat last weekend for fun, worship, and relaxation. The retreat was a great success by all accounts. New friendships were made, and existing ones deepened.

We continue to attract visitors both in person and online, with an average of over 200 attending services in person or online every week, in addition to increasing numbers of social media subscribers. We expect the trend to continue, and are excited about the upcoming opportunities to reach a greater audience through Rev. Bossen’s series on Religion in Houston’s Pan-African Community, our involvement with the Metropolitan Organization’s upcoming election-related events, and Reverend Scott’s April 23rd forum on Trans Youth, Health, and Religion..

That’s a lot of news!! Thank you for reading and for all that you all do to make FUUCH a  community of love in action.

President of the Board of Directors

Rev. Colin will be preaching on stewardship Sunday (April 3rd). From April 4th to April 7th he and Rev. Scott will be attending the Southwest UU Ministers’ Retreat in Navasota. Then, from April 7th to April 9th, he will be at Arizona State University where he will be attending the Political Theology Network Conference and presenting a paper titled “The Political Theology of Replacement Theory: From Lothrop Stoddard to Tucker Carlson.” He will be back in the pulpit for Easter (April 17th) and then assisting with both the Earth Day Vespers service (Friday evening, April 22nd) and the Earth Day service (April 24th).

In addition to the minister’s retreat, Rev. Scott will be attending the Transgender Day of Visibility Rally April 1st at the Montrose Center. He will be preaching on April 10th and will help lead the Earth Day Vespers on the evening of Friday, April 22nd. 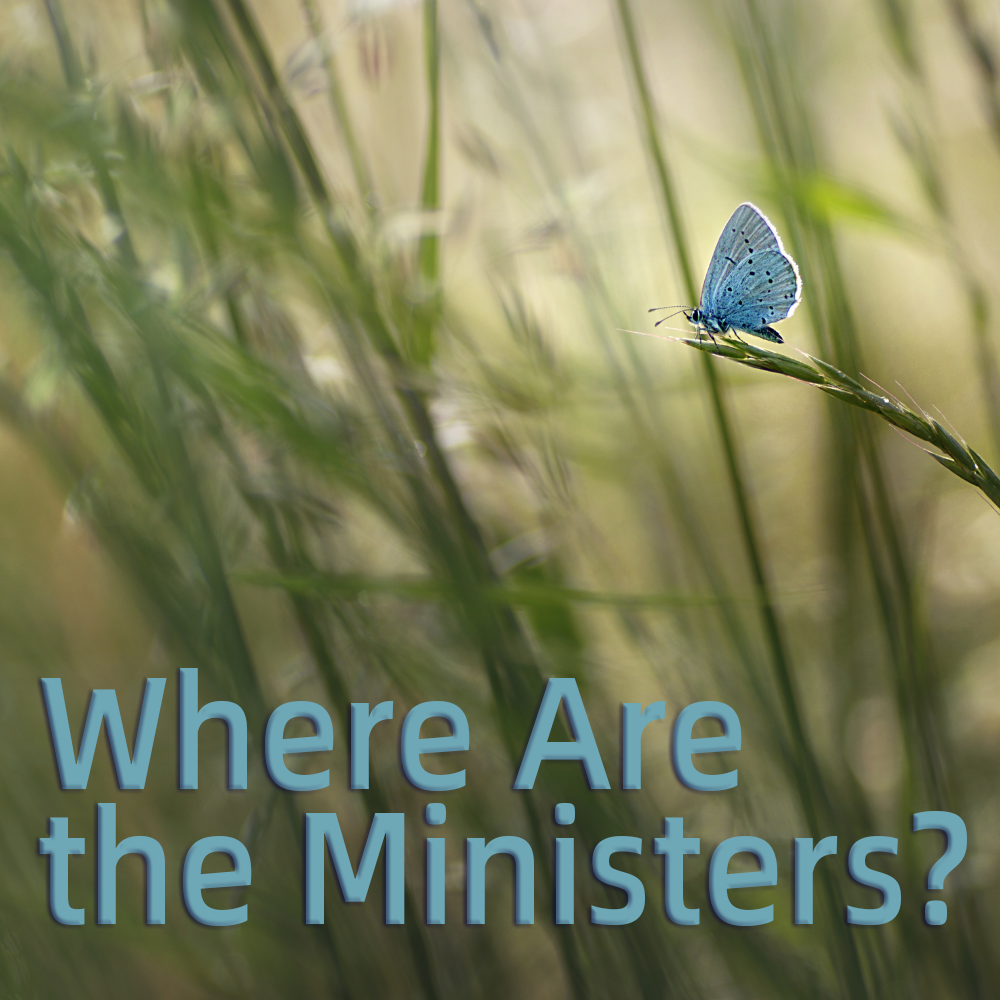